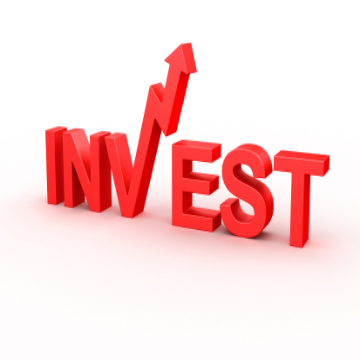 The Decentralization of Global Investment for New Traders

Investment has always been about “haves” and “have-nots”. At its core, investment is about controlling a finite asset or resource, then selling it for more than it cost to acquire it in the first place. Those in a position to make the initial investment are the “haves”; those who aren’t are the “have-nots”. These sorts of exchanges will always be inherent to investment itself. But the pool of individuals who are able to count themselves among the “haves” is going to expand dramatically in the coming years.

The West, specifically America, has been the hotbed of investment as we have known it for quite some time. In recent years, this reality has captured the collective imagination once more in the 99% or Occupy Movement. This movement revealed just how difficult it is for regular people to acquire wealth, and how easy it is for outside parties to take money away from people like this. For many reasons, elements of this problem are changing.

The internet is, perhaps, the biggest single factor. When investment used to be geographically centered, it lived where rich people lived. Financial hubs like the New York Stock Exchange were where investment happened, at least in its most developed forms. While this tradition of investing still persists, there are more ways than ever before for outsiders to start investment, without ever having to think about what’s going on in New York.

The internet extends investment possibilities to developing markets. Anywhere on the planet, if you have an internet ready device, using the traditional web or newer mobile communications networks, you can invest with minimal startup capital. This is accomplished through Forex trading. Forex works for people of all languages and economic classes, because the basic decisions required are incredibly simple, and because there is so little startup capital needed to make an initial investment.

A new investor will simply have to find a broker who makes investment available in his or her country. Once found, the new investor can make a demo account that won’t risk any personal capital. As he or she learns the finer points of Forex, he or she will be presented with a long list of currency pairs or liquid assets. Unlike in traditional investment, in which the investor would actually buy the assets or at least a share thereof, Forex only requires the investor to make speculation decisions about the near-future values of these currencies and assets.

Forex investments of this type may be completed in minutes, hours, or days. The process forces new investors to learn a lot about the forces which drive the values of these assets and currencies. As the investor acquires this knowledge, he or she will become much more adept at making investment decisions of all sorts, and will stand to make a lot of money through Forex in the meantime. Because returns can be up to 100%, and startup capital requirements are so low, this is one of the most profound ways for people of all sorts to become real investors.