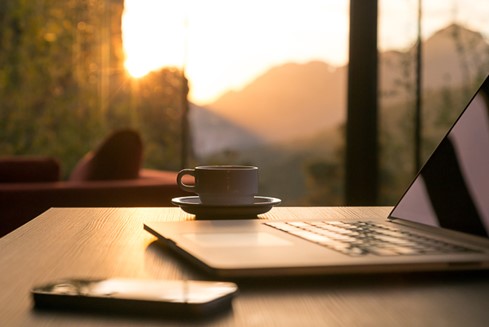 The spread of the coronavirus has disrupted the lives of many workers across the world - this is increasingly true for the digital nomad as many aspects of their lifestyle are now inaccessible as businesses essential to their work remain close and travel possibilities are limited - unfortunately with no certainty on when things look to be returning to normal, it may be difficult to stay positive, and whilst there are many guides out there at the Digital Nomad World on ways to find success, global crisis isn’t one that is covered, there are however some good signs that things may be returning to normal in certain places quicker than what may have been expected.

Large parts of Europe seem to be on the path to recovery after a difficult few months - Germany was able to handle the spread of the coronavirus much better than some of its neighbours and are already reopening many businesses across the country, this is great news for digital nomads who rely on the access of public internet through café’s and restaurants - although capacity may be limited in some of these locations when they do reopen it at least provides an opportunity for the remote workers to start finding an income once again.

Travel also seems to be next on the cards for some - Italy was previously one of the worst hit countries in the world, but seems to be doing quite well in recovery as lockdown measures have been lifted and much like Germany some businesses are beginning to reopen - this is also the first of the European countries to announce that travel may soon again be possible as they’re set to allow international travel again from June - this has been met with some criticism as some have mentioned it may be too early given how hard the country was hit, but with the economy at the forefront of discussion it seems to be the path laid out.

This is also similarly true for the UK - although there have been no official plans from the government other than a fourteen day quarantine on all international travel, some airlines have mentioned that they are also in the process of preparing to run at full capacity once again - the budget airline of RyanAir is at the center of this after stating that they will require passengers to wear masks and undergo temperature checks, but  other than delays to boarding the do expect full capacity flights to return in June.

It seems the wider path to recovery is very much underway, and although the digital nomads out there may have to be a little more careful than others as the lifestyle may lead to being in contact with more strangers in public locations than  they’d like, at least there are signs of a return to normal life - if travel is successful within Europe during the summer season, it may become widely adopted across the world allowing many to get back to their travelling lifestyle, and with public connections and also the introduction of 5G into many countries, it seems the ability to work whilst doing so is also rapidly approaching once again.