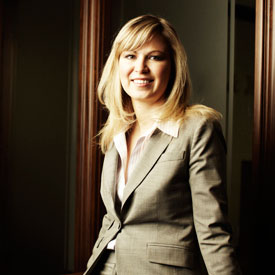 Ms. Beaumont’s results include successful jury and bench trial verdicts, summary judgment victories, and injunctions and dismissals secured for her clients in state and federal court. She has broad expertise in all areas of employment law and advising, including drafting and implementing workplace policies, guiding employee investigations and terminations, overseeing reductions in force, and representing companies in negotiations. She is well-versed in the business concerns and practical daily needs of her clients, having spent a long-term assignment in the in-house employment law department of a large public company.

Super Lawyers has recognized Ms. Beaumont as a Southern California Rising Star in 2012, 2013, and 2014 for excellence in the practice of law, and she received the Wiley W. Manuel award from 2007 through 2009 for her pro bono work. Ms. Beaumont is a member of the Orange County Bar Association Labor & Employment Section, the Orange County Women Lawyers Association, and the Association of Business Trial Lawyers. She frequently publishes articles on employment law and civil trial practice topics, and has lectured at the University of California, Irvine School of Law and Cal State University Fullerton.

Ms. Beaumont received her Juris Doctorate in 2007 from the University of California, Berkeley (Boalt Hall). While in law school, Ms. Beaumont served as a Judicial Extern for the Honorable John T. Noonan, Jr. on the United States Court of Appeals for the Ninth Circuit, clerked for the United States Attorney's Office for the Eastern District of California, and was a senior editor of the Berkeley Journal of International Law, she was a member of the Western Regional Championship-winning team in the prestigious Philip C. Jessup International Moot Court competition, and now volunteers as a coach to the UC Irvine Jessup team, which has advanced to regional finals in each of its first three years in competition.