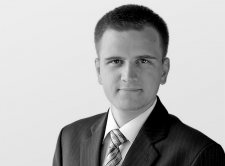 Rene Frolov has been described by Legal 500 as a ‘‘smart and energetic rising star in Estonian competition law’’.

His major projects include…

- Modern Times Group (MTG), a broadcasting heavyweight in the Nordic and Baltic regions, on all competition and regulatory aspects of its bid to buy a majority stake in Starman, the largest supplier of Pay-Tv and a leading provider of broadband internet in Estonia. The regulatory assessment carried out focused on horizontal and vertical aspects, and ensuing competitive implications, of a potential deal.

- Liviko, the leading producer and distributor of alcoholic beverages in Estonia, before the Estonian courts against an allegation (criminal indictment) of horizontal price fixing and a violation of the cartel prohibition. The Supreme Court cleared Liviko and its CEO of all charges in July 2011.

-          Philip Morris Estonia before the Estonian Competition Authority in its investigation into practices by PME relating to share of space arrangements with retailers and their conformity with Estonian rules on unilateral conduct (national equivalent of Art 102). ECA closed its case in December 2010 without finding of an infringement or imposing sanctions.

- RSA in all competition and regulatory aspects of an agreement between RSA and Estonian banking and leasing arms of SEB, a leading financial institution in the Baltics, for the exclusive distribution of RSA’s non-life insurance products in Estonia. The co-operation went live in May 2011.